The town of Paonia is situated in the fertile North Fork Valley of the Gunnison River, territory that was once the hunting grounds of the Ute Indians before their removal in 1882. When the region was opened for settlement by Anglos, the first arrivals brought apple trees and peonies. From those first plants, the region became a vibrant orchard area; Paonia peaches won top prize at the 1893 World’s Fair and exceptional fruit is still produced here. The peony gave the town its name. The story goes that Samuel Wade, postmaster, submitted the Latin name “Paeonia” for the name of the post office but the government decided there were too many vowels in the name so they shortened it to “Paonia”.

Coal was discovered nearby in the West Elk Mountains, which were called the Fire Mountains by the Ute Indians. The coal from those mines is considered the most clean-burning coal produced in the country. Now coal production is in jeopardy, but both coal and agriculture have been the backbone of the local economy for more than 100 years. Both endeavors are memorialized in the town park, where the statue of a coal miner stands next to peonies descended from Wade’s peony roots.

LEARN MORE ABOUT THE HISTORY OF THE HOTEL 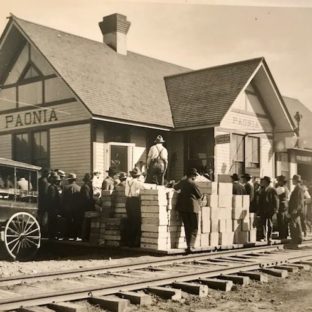 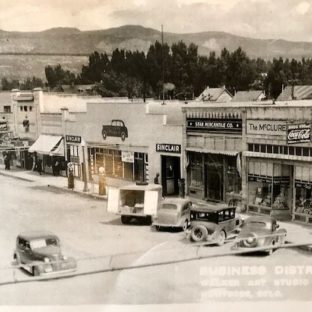 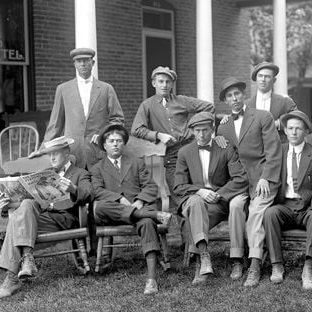 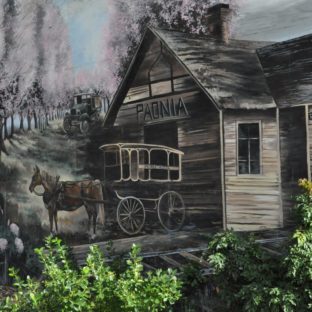 The Bross family moved to Paonia. Mrs. Laura Bross purchased the house next to the hotel and opened a boarding house.

The hotel was a successful business in the community. W.T. Bross was active in the community; he served a term on the town council, but is best remembered as having been the deputy sheriff for this part of the county. He met the train each afternoon and brought guests to the hotel in his wagon while Mrs. Bross served as hostess and manager. The hotel flourished during W.T. and Laura Bross’s ownership, serving as both a lodging place and the finest restaurant in town.

When Mr. Bross passed away in 1921, his youngest son, Otto, became the new hotel owner. Otto was a “mover and shaker” who kept his finger on the pulse of the community. He finished the basement of the hotel to make a meeting room for the Rotary Club. Otto was a charter member of the Lion’s Club, and he hosted the initial meeting of merchants that became the Chamber of Commerce. Due to the significant commercial and social roles played by the hotel under the Bross family, it was recently listed on the National Register of Historic Places.

In 1930, Otto Bross converted the hotel into a boarding house.

In 1944, Otto Bross sold the hotel to Lura Atkins. During the next fifty years, the hotel changed hands several times and began a slow deterioration.

In the mid-1990s, Julie Andrew saw the beauty of the building, purchased it, and restored it to its former glory.

Linda Lentz and her daughter purchased the Paonia hotel from Julie Andrew in 2000, and in 2002 Lentz became the sole owner. Lentz enhanced the property with landscaping, which included planting colorful perennial gardens and trees, adding decks/patios for guest use, and paving the parking lot. The Bross Hotel Bed & Breakfast was once again “the only really first-class hotel in the county.”

Learn more about this historic location

Known for its orchards, farms, ranches, and vineyards, Paonia is frequently referred to as Colorado’s farm-to-table capital. With boundless opportunities for outdoor activities and day trips, the inspiring beauty of the valley also attracts artists and musicians to make their homes here.

How to get here!